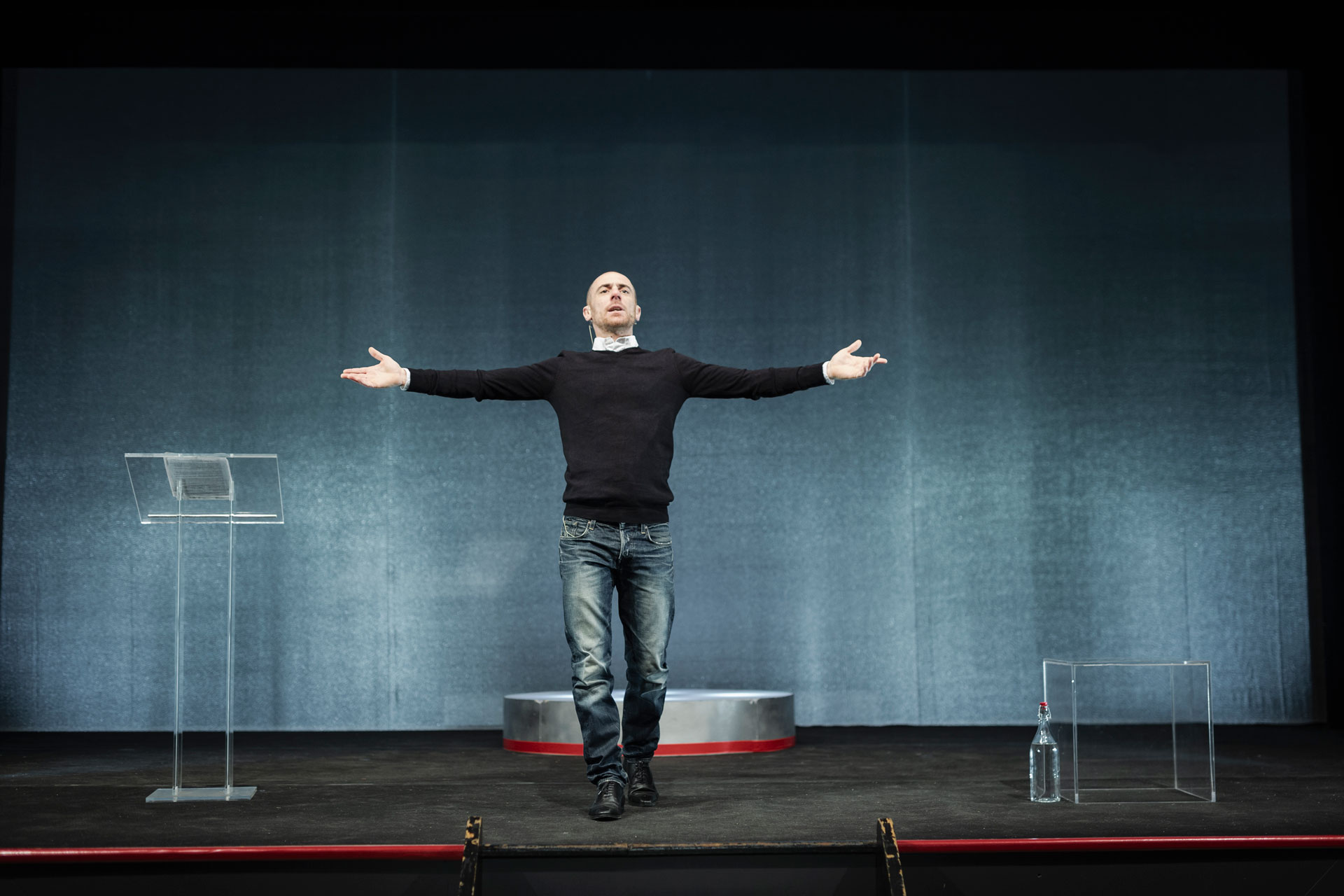 Red Flag- My Battle in VR

Segnale D’Allarme-Red Flag is the transposition in virtual reality of La mia Battaglia- My Battle, a work brought on stage by Elio Germano.

The show lends itself to the language of VR for various reasons: first of all, the action is not static but moves at 360 °. The audience will not experience the show by merely looking at the stage in front of them, but they will need to rotate their gaze. Moreover, the work is a critique of the typical alienation of this era. The use of a technology symbol of estrangement forces some severe thinking.  The viewer experiences a second level of immersion: in both the show and the show experienced through VR. Finally, the user will find himself in a theater surrounded by other spectators. Now that he can see but not be seen, he will naturally investigate the space around him as he would not feel free to do otherwise. Segnale dʻAllarme is a virtual reality film that combines the technological vanguard with a powerful message of human and cultural value. With the authors, the VR show is screening at Italian Festivals:

With Segnale D’Allarme- Red Flag, we are pioneers of the VR first mass screenings in cinemas where the authors presented the show. 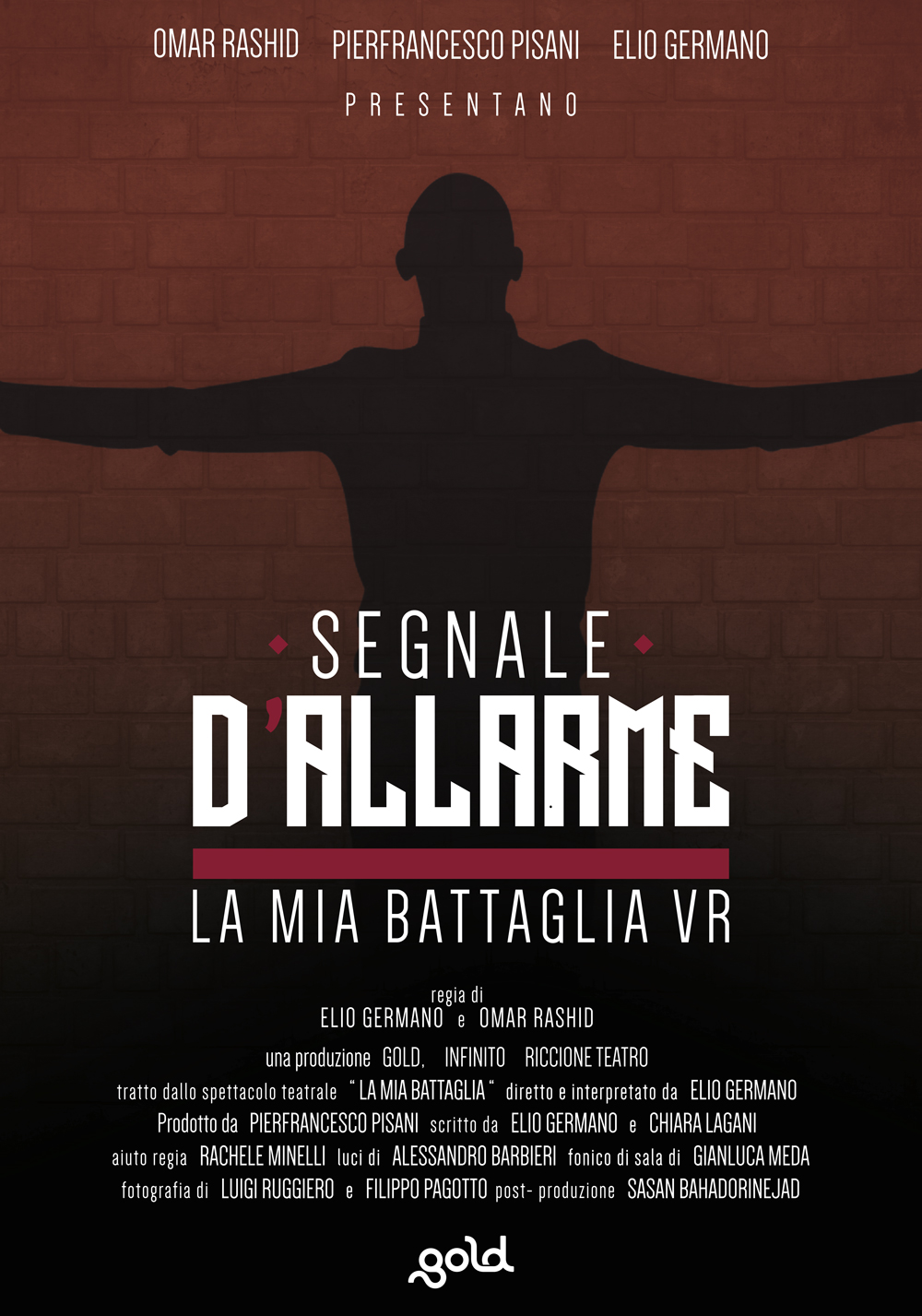