No Borders: the first Italian documentary ever made in virtual reality shot in 360 degrees.

Actor Elio Germano leads us to explore the crisis of migrants in Italy. No Borders moves between the Baobab Center of Rome and the No Borders presidium of Ventimiglia. For a long time, the media kept showing the image of a rock on the Ligurian Sea; it represented the border where migrants stopped.

VR  takes the viewer beyond the screen, into the frontier city. Thanks to virtual reality, the user investigates and lives firsthand what usually the camera does not show.

No Borders was presented at the Venice Film Festival 2016 and won the MiBACT MigrArti Award and Nastro D’Argento Special Mention. The logo of No Borders VR  was created by the artist and calligrapher Luca Barcellona. 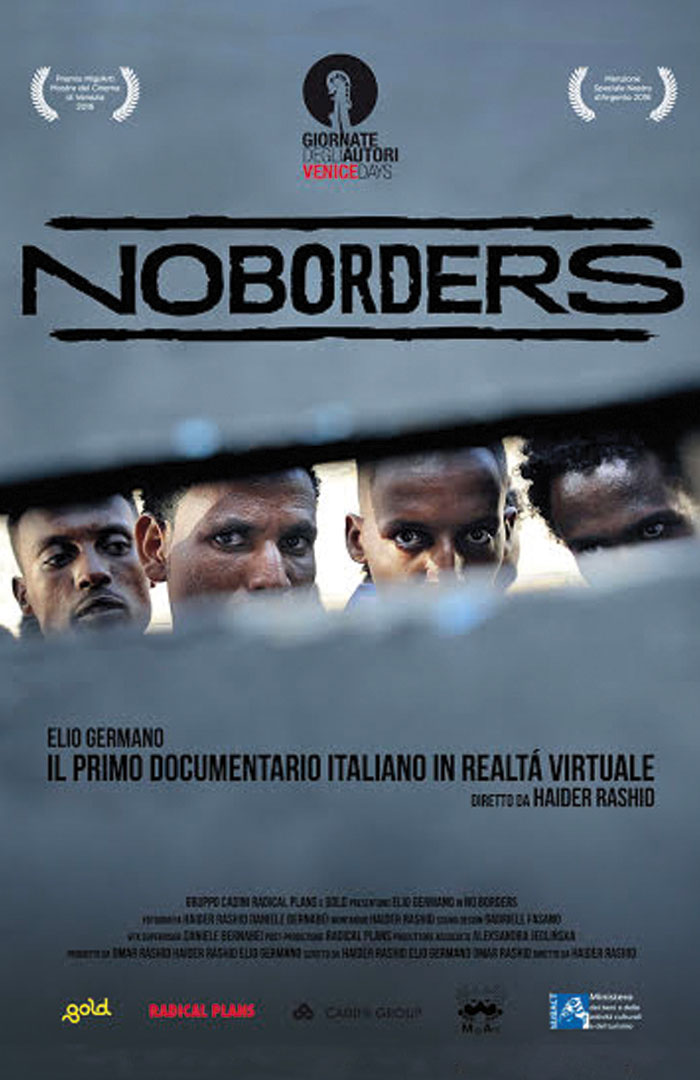